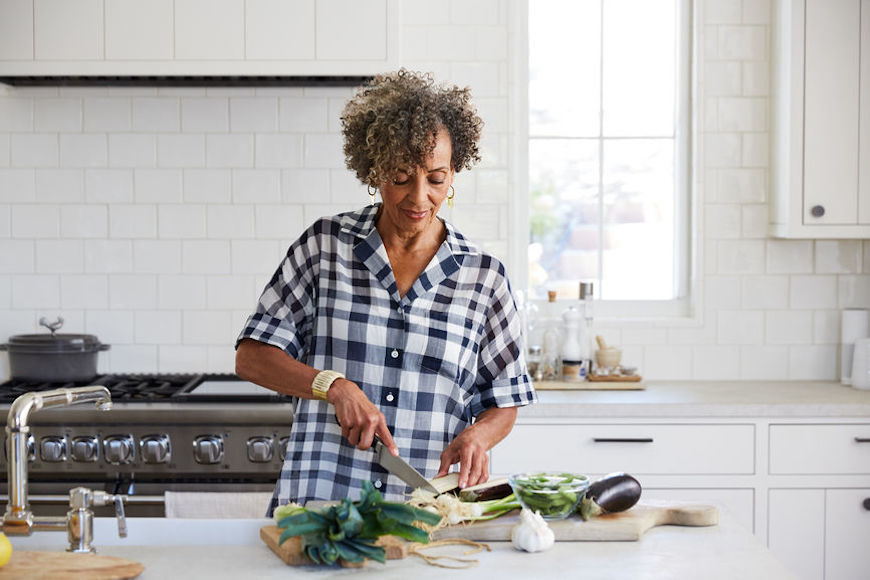 In case you’ve forgotten what you learned high school biology, your liver plays an often overlooked role in healthy digestion. A quick refresher: the liver processes nutrients absorbed in the small intestine, and uses them to make the chemicals the body needs to function. With that in mind, you might want to avoid certain foods for the sake of your liver health.

“The liver has a variety of functions in the body and one of them is detoxification,” says nurse practitioner and naturopathic doctor Erica Matluck, NP, ND. Your liver detoxifies the body through two phases, she says. The first involves the use of enzymes to turn fat soluble compounds that could be toxic (such as hormones, medications, and pesticides) into water soluble ones; the second involves the binding of protective substances to the toxin. “Both phases help to transform the toxic compound so it can be safely eliminated from the body,” she says.

Now you probably already know that excess booze isn’t great for your liver health (and it’s not), but it’s far from the only dietary habit that impacts proper function, according to Matluck and Kristin Kirkpatrick, RD, author of Skinny Liver.

You don’t need a ‘detox’ to support liver health, but here’s what you can do

1. Fill up on fruits and vegetables

You knew this one was coming, right? “Colorful fruits and vegetables—especially foods like beets and cruciferous options—and legumes all have a high amount of phytonutrients which in turn help to strengthen the liver to perform its best,” Kirkpatrick says. Adds Matluck, “Because the enzyme systems that support detoxification require nutrients to function optimally, a healthy, nutrient dense diet can support the liver’s natural ability to detox.” This is one reason, she adds, why so many doctors recommend the Mediterranean diet; an abundance of legumes, fruits, and vegetables are built into the eating plan.

2. Cook with garlic and olive oil

If you’re the type of person who adds garlic to pretty much everything you eat, Kirkpatrick says you’re doing your liver a favor. “Both garlic and olive oil are linked to better overall health which in turn helps the liver perform more efficiently,” she says.

“Liver health is best supported by a diet that is rich in the nutrients, minerals, and amino acids required for detoxification,” says Matluck. “Garlic is a sulfur compound so it supports the second phase conjugation processes.” She emphasizes the importance of a colorful diet with lots of fruits and veggies, as well as fish (which is rich in B vitamins).

3. Spice up your food with chili peppers

“One study linked chili pepper consumption—rich in capsaicin—with mitigating liver damage in individuals with liver disease,” Kirkpatrick says. So while you’re cooking while keeping your liver in mind, go ahead and add some kick.

“Sugar is perhaps the greatest threat to the liver,” Kirkpatrick says. “That’s because the liver plays a major role in the metabolism of sugar and when sugar is not metabolized properly, the liver suffers by not being able to breakdown the sugar effectively.”

Eating with liver health in mind isn’t any different than eating for overall health in mind. “Detoxification is more about giving the body a rest than trying to use nutrients and supplements to speed up your detox pathways,” adds Matluck. “Emphasize your veggies, lay off the alcohol and processed foods, minimize unnecessary medications, increase hydration, and sweat it out! This strategy engages other organs of the body to support detoxification as well—because it isn’t all about the liver.”

BTW, did you know there’s a connection between your liver and acne? Plus, eight more foods that are good for your liver.