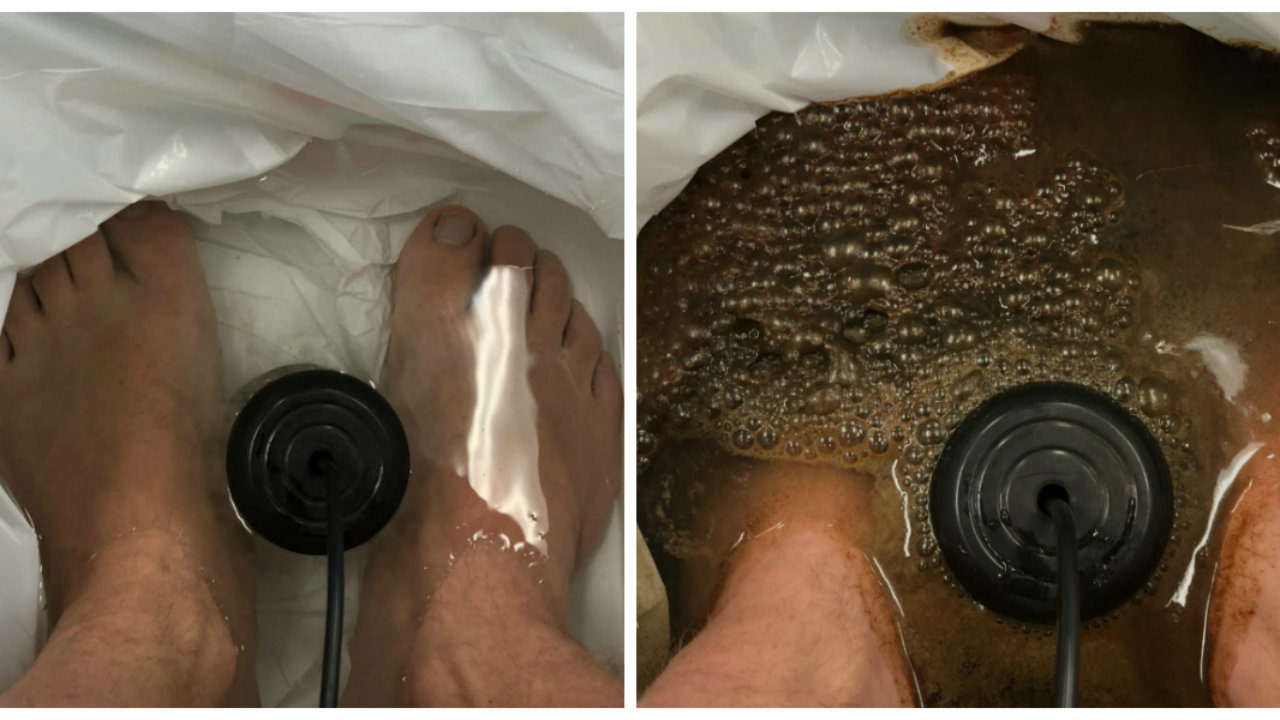 If there were two words that best described his predicament, Anthony Bevin would have used “desperate” and “dire.”

“I felt bad,” Bevin said. “I don’t know if you’ve ever been in a situation where you’re desperate and you feel like there’s no hope. I felt like my body was dying.”

If that weren’t enough, he experienced the “worst flu of his life” and had only 23 T cells.

The body needs between 500 and 1,600 T cells per cubic millimeter of blood to properly maintain the immune system.

Does this really work?

Saying he needed to do something “drastic,” Bevin felt chemotherapy would fully destroy his immune system, so he uttered these words when doctors asked him what his solution would be.

“Flush the body, reset and rebuild the immune system,” Bevin said he told them.

That essentially translated to what’s known as a “detox,” a holistic form of medicine in which various methods are used to get rid of toxins that accumulate in the body through breathing, drinking or eating.

Bevin said after he offered that solution, his doctors looked at him with some bewilderment.

The body can cleanse itself of toxins naturally through the liver, sweat or going to the bathroom, and critics say there’s little to no evidence that detox diets remove toxins from the body.

But Bevin disagrees based on his experience.

After detoxing his body through supplements, therapies and dietary changes, his T cells ultimately went into the 800 range and his body started to recover from his ailments.

That moment gave birth to something that provided unlikely healing, a call to a new vocation and a life’s mission for others.

“I felt like God had provided me with some type of knowledge for me to use to help people who were going through a similar situation, (who) had no hope and were desperate,” he said.

Those who sign up for a session start by getting a blood analysis. That person will get his or her finger pricked and within minutes will be shown under a microscope an assessment of how well their proteins, fats and sugars are being absorbed.

Experts also analyze vitamin deficiencies and how much bacteria, uric acid and how many parasites are in the body.

On the screen, colored dots will appear to show what exactly is in the body. For example, red blips show much uric acid are in one’s blood, while turquoise ones show mold levels.

Based on that information, supplements, vitamins and plant-based dietary recommendations are given to help with specified shortcomings.

Then, there is a foot bath where toxins are drained through the soles of the feet.

A device is hooked up to a person’s forearm and salt is put in the water, which allows ions to be released electronically.

Toxic-like sediments then fall to the bottom of the feet and are released through pores in the soles. This causes water that is clear before the process starts to quickly turn a brownish color. After that, there is a 15-minute session on a massage table and a 25-minute period in an infrared sauna.

Clients who sign up also are given a 2.5-gallon container of alkaline water to drink.

Bevin said he has had clients come to him with a variety of ailments, whether it’s been cancer, diverticulitis, gout, headaches or just a desire to lose weight.

By no means does he advertise his treatments as a full cure for cancer or other medical problems, but he said it’s just a more natural way to help with symptoms from such ailments.

“We know people with cancer have a low body PH,” Bevin said. “We know they are acidic. We can address the acidity. We know with people with cancer have multiple other cellular infections they are dealing with. They also are extremely iron deficient and low on (vitamins). There’s liver and kidney inflammation. If you can address each one of these issues that people are experiencing, then they are going to feel different, and they’re going to have results.”

People who have partaken in treatment of the spa rave about the results.

Matt Brown said three different doctors recommended that his left leg be amputated after he broke his tibia in 2008 following a 16-foot fall from a hunting blind.

He said hearing that advice from doctors, “didn’t sit well with me.”

In 2012, Brown said he strictly turned to natural healing to deal with his leg issues, and then arrived at Bevin’s spa to help treat joint pain and inflammation in the leg.

Julie Brown said she came to Bevin’s spa with stomach inflammation and she wasn’t digesting proteins even though she works out regularly.

She said she went through the detox program for 35 days and felt results within two weeks of starting.

“I didn’t even want to get out of bed (before the treatment),” she said. “My energy level went through the roof. My skin tone changed and the white in my eyes were brighter.”

Brown said her husband has since started a detox program at the spa to help deal with arthritis issues.

“People don’t understand what we are putting in our bodies,” she said. “After so long, you have to flush yourself out.”

Eric Jennings, a well-known high school sports coach in the community who helps coach football, powerlifting and baseball, wanted to make a complete transformation with his body.

Since starting a detox program and following a prescribed diet in December, he has lost 105 pounds.

He also hopes to soon get off prescribed medication he is on for high blood pressure and acid reflux, and has a goal to get off a sleep apnea machine.

“There are not hard, fast rules,” he said. “It’s guidelines. It’s following the guidelines and the program takes care of itself. You don’t have to weigh and measure. You can eat a lot of good foods and healthy foods. There’s a variety of foods out there for you.”

Julie Hoensheid said she suffers from multiple sclerosis and had a lot of lead in her body before starting a detox program, but after 35 days, the levels of lead went down, and she lost 17 pounds.

“I’ve had amazing results,” she said.

There is plenty of debate in the medical world as to just how effective detox treatments are, and Bevin said doctors and traditional medicines are still important for treating certain diseases and ailments.

He simply hopes his story and the success stories of others that have come to him will at least bring people more knowledge and confidence that they can take control of treating the bodies they know better than anyone, and use options for self-care when needed.

“They can become their own health expert,” he said. “People want to be able to go and match the doctors in some areas of knowledge.”

Have you or know anyone who has had a similar success story? Let us know your story in comments below.